Vibodh Parthasarathi maintains a multidisciplinary interest in media policy and creative industries, his most recent work being the edited double-volume The Indian Media Economy (Oxford University Press 2018). Parthasarathi has been at the forefront of media policy research in India and a winner of numerous grants including from the Ford Foundation, Canada’s IDRC, Social Science Research Council, India New Zealand Education Council, and Open Society Foundation. Currently on extra-ordinary leave from Jamia Millia Islamia, his recent visiting positions include at the University of Queensland, at KU Leuven, and at IIT Bombay. Parthasarathi has been invited to Board or equivalent positions at the Centre for Internet & Society, The Media Foundation, the India Media Centre at the University of Westminster, and the India Open Data Association. He serves in editorial advisory roles at MIT Press and Oxford University Press, at leading journals in his field including the Journal of Communication and Global Media and Communication, and at the public intellectual platform ‘The Conversation’. Parthasarathi’s ongoing research variously explores the deep history of media regulation in India, the risks to media diversity amidst digitalisation, and the emergence of the platform economy in India. He brings to SASNET rich insights from the worlds of academia and public policy across South Asia and wide-ranging experiences from multiple international collaborations and co-publications, the active ones including with scholars from Australia, Germany, New Zealand, and the United States of America.

As Affiliate Researcher, Parthasarathi plans to expand his interactions with Andreas Mattsson (Lecturer and Program Director, School of Journalism, Department of Communication and Media, Lund University) by building on their longstanding collaborations under SASNET’s Sweden South Asia Media Project, and with Per Stahlberg (Associate Professor, Department of Media and Communication Studies, Södertörn University) with whom he is working on a series of publications on Media and Modernity in South Asia. 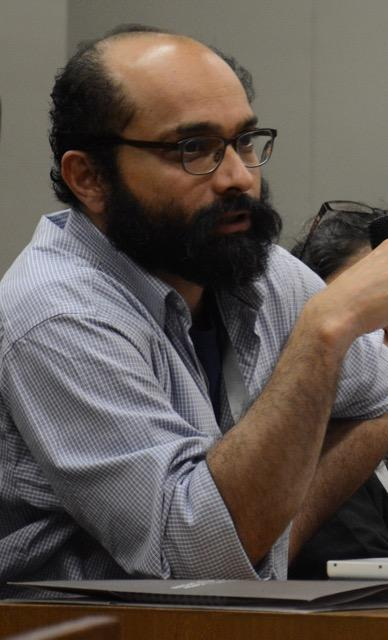